Where does time go?

This is AlphaProspector here. Unfortunately things have not been going well at all after a rather bumpy return from Japan into the devalued, nightmarish hell hole I live in. This included a severe respiratory infection that knocked me out for two weeks (leaving me 8 days without sense of hearing as well) and instantly led me back to my day job in a rather sorry state (which delayed my full recovery for another week and left me with a chronic coughing for a while, man, Asian viruses are way too strong on my already fragile health.)

Anyway, this coupled with a lot of issues on the art side (caused by events out of our control unfortunately), my own day job consuming my very soul, it all led to a very complicated situation that I hope is returning to normalcy soon.

Some things have been advancing of course, it’s just the things nobody cares about (programming, scripting, music and SFX production to some extent) so getting back up will be a tall order but I’ll be damned it’ll be done.

I’ve been scripting and preparing the Steam build of Hoshi Agari, as well as a little something that I would rather keep as a surprise, so as not to jinx it. From there on, focus will be on polishing the content as much as possible and get back to the full build of Yume no Sono, which being the flagship title it of course will take the longest and the build is in dire need of a full artwork revision, which is why frankly there isn’t much to show visually until some of that is reached. Then of course it’s also planning ahead since things don’t stop here, oh no.

It’s been excruciatingly painful and frustrating (without mentioning demoralizing) when you see the rest going forward and see things get stuck on your front, but life is not like they paint it on social networks or pictures. There are a lot of hardships to be faced, a silent majority muted about.

Meanwhile, a pending post was intended to showcase some of the happy buyers and customers who supported us during and after Comiket 93. A huge thanks to all of them and here is a quick selection from them, including the lead artist and partner in crime, bonkiru, who of course got a gigantic box of goods of all kinds from Japan and then some more, not just circle-related materials.

So, let’s conclude on a slightly higher note: 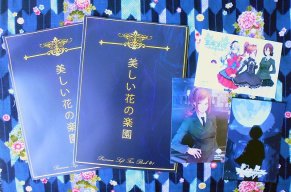 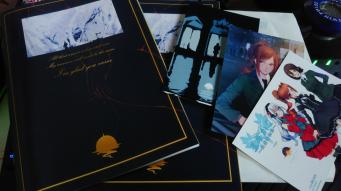 As you can see, I even gave a hand to some getting the limited goods. When you love something, you share the love. A belated, immense thanks to all our supporters, too many to name! (But you know who you are!) I don’t want to forget of anyone.

Those are the majority of the items we sold during Comiket, which included the trial version of Yume no Sono (Japanese, including a soundtrack sampler), the special release of Hoshi Agari with its full OST (English build, this one is being updated with further content and a few other improvements for a Steam release), a very small full color official doujinshi with several guest artists, postcard sets and a series of keychains, which we hope to see around soon as our publisher also took a few of them for their western touring this year.

Maybe next time we can make even crazier items, divine providence allowed.

We hope to be back soon with better news. I know text updates aren’t the best, but hopefully next time there will be a more visual approach with like, you know, screenshots, character sheets and all the graphics, maybe even some promotional stuff.

That’s it for now, I definitely want to be reporting back sooner than usual and get our projects back on scene.